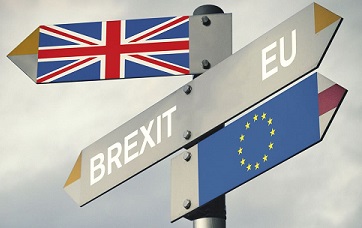 The long road to Brexit formally began on 29 March 2017, when British Prime Minister Theresa May triggered Article 50 of the Lisbon Treaty which sets out what happens when a country decides that it wants to leave the European Union (EU). The United Kingdom (UK) was due to leave the EU on 29 March 2019. On 21 March 2019, the UK and the EU agreed to extend Article 50 until either 22 May, subject to the House of Commons approving the withdrawal agreement, or failing that until 12 April. On 29 March the House of Commons rejected the withdrawal agreement for a third time.

On 5 April, Theresa May asked EU for Brexit extension and on 11 April, the EU agreed to a further extension of the date for the UK’s withdrawal from the EU. The extension will last as long as necessary and, in any event, no longer than 31 October 2019.

The UK remains a Member State for the duration of the extension, with all the rights and obligations set out in the treaties and under EU law.

The European Medicines Agency (EMA) is making preparations to ensure that it can continue to deliver on its mission and protect public and animal health after the UK leaves the EU. EMA calls on all pharmaceutical companies in the EU to continue their preparedness for the UK’s withdrawal.

Based on the European Council decision, and until further notice, the deadline of 29 March 2019 referred to in Brexit related guidance should be understood as referring to 31 October 2019.

If the UK fails to hold European Parliament elections, it will leave the EU on 1 June 2019 and the deadline should be understood as 31 May 2019.

If you need any support or have any further question, please contact us at info@asphalion.com