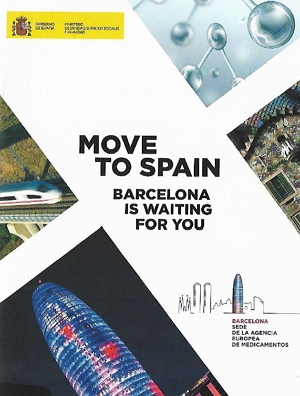 The European Medicines Agency (EMA) is leaving London following the outcome of the UK referendum to leave the EU, and up to 22 different cities have offered to host their headquarters.

Barcelona has bid heartily to be the future capital of European medicines and many organisations have rallied to give their support to the candidacy. Social, economic, cultural, scientific and political organizations consisting of institutions, the media, universities, foundations, labour unions, professionals and companies, including Asphalion, second the Spanish and Catalan government’s initiative.

Barcelona meets the requirements to host the EMA. The city can assure that the EMA’s move will be a smooth and rapid transition with minimal operational interruption and preservation of current talent, thus continuing to safeguard the health and well-being of the public.

The main reasons why the EMA should move to Barcelona are:

From the point of view of Asphalion, we would like to take this opportunity to offer our full support of Barcelona’s candidacy to host the EMA as the best option to retain talent and consolidate the city as a reference for the scientific and pharmaceutical sector.
In the words of Asphalion’s Managing Director, Ms. Núria Romero, “it would be the consolidation of Barcelona as a strategic hub for the pharmaceutical industry, boosting innovation and investigation. The continuous effort of biomedical and pharma research would be recognized internationally, retaining talent and creating more opportunities for spin-offs and start-ups. For Asphalion, it would be a great occasion to grow, improve, progress and face new challenges”.
The Council of Heads of State and Government of the EU is responsible for the decision. In autumn 2017, the new capital of European medicines is expected to be selected.
Barcelona is ready! Move to Spain! #BCN4EMA